Join us every Friday and Saturday night at 10:30pm in The Hamilton Loft for DC's best cover bands at no cover charge!


This show is in our Loft Bar, not The Hamilton Live. Band plays from 10:30pm - 1:30am. There may be dates where the music is delayed due to a private event in the Loft Bar. Shows are all-ages; no tickets or RSVP required. Click here to view our late night menu. 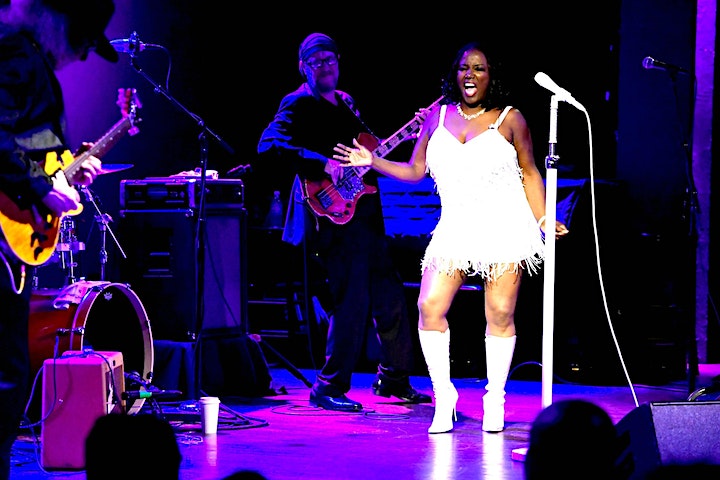 Hard-driving blues rhythms and soul grooves fuel the blistering performance of D.C.-based soul blues band Vintage#18. After attending a performance, John Porter, WCVE declares, “Vintage#18 is a band you have to see live in order to appreciate their level of performance.” According to The Alternate Root, “Robbin Kapsalis delivers vocals that slink through a Smokey haze of Soul”.


Performing together since 2013, the band sharpened their sound and performance chops in clubs throughout Washington, D.C., Maryland and Virginia. April 2017, Vintage#18 released their debut album Grit. The album reflects the band’s love of classic 60’s Soul and Blues, featuring a mix of originals as well as two covers (ZZ Top and Bob Dylan). The band received their first industry nod in early 2017 - a Blues Blast Music Award Nomination for New Artist Album Debut.


Grit delivers soul and passion along with very personal songwriting from Kapsalis and tight musicianship from Holter, Chandler, and Kuldell. The band’s live performances have generated quite the buzz throughout Washington, DC and surrounding areas and the tight-knit group soon found themselves sharing stages with the Nighthawks, Billy Price, Lil’ Ed and the Blues Imperials, Albert Cummings, Selwyn Birchwood, Coco Montoya and Roomful of Blues.


Vintage#18 features the vocals of Robbin Kapsalis, the unique sound of Bill Holter/#18 on guitar, while the groove is laid down by Alex Kuldell/drums and Mark Chandler/bass.


Blues In the South hit it on the head…” Although this outfit is undoubtedly a blues band, they have a distinctively individual sound.”

The Hamilton Loft
600 14th St NW, Washington, 20005, DC, US
Event from
eventbrite.com
Are you an event organizer?
Create events for free. They will be immediately recommended to interested users.
Create event

eventbrite.com
Are you an event organizer?
Create events for free. They will be immediately recommended to interested users.
Create event
Check out other events in Washington

Stay updated on Vintage #18 and find even more events in Washington.