A graduate of both The Comedy Store in Los Angeles and Houston's legendary Comedy Workshop, Andy is a thirty-year veteran of both clubs and concerts. He has opened for acts ranging from Ray Charles to Billy Gardell. In addition, Andy has written for Bill Hicks, Jay Leno, and Billy Crystal on The Academy Awards.

Son Tran won Houston’s Lafftown’s Funniest competition and was a two time finalist in the Funniest Comic in Texas. Son has performed with comics such as Rob Schneider and Gilbert Gottfried His comedy has been described as ‘deadly silly’, by himself. He has immature yet philosophical insights on family, marriage and life in general that have made audiences laugh in clubs and festivals such as Laughfest and the Limestone Comedy Festival across the US and Canada. He has also performed for the troops in Afghanistan. Son’s wife does not approve of most of his jokes about her. 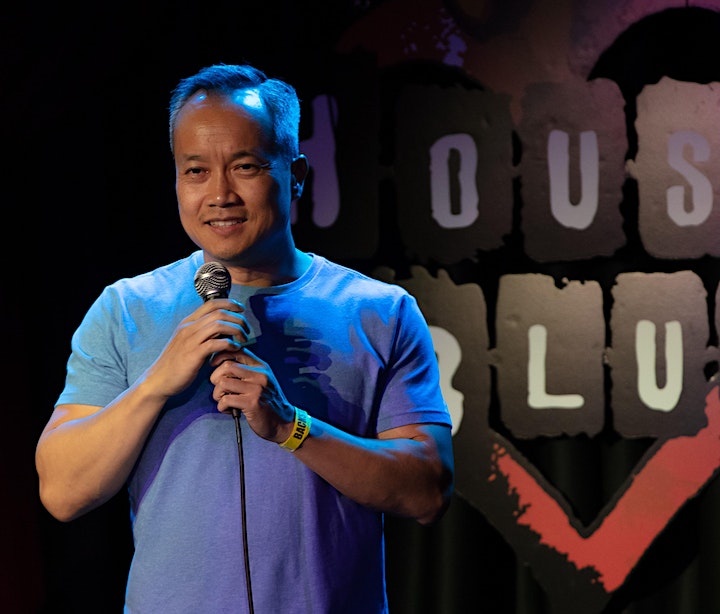 Glade Cultural Center
2000 Woodlands Parkway, The Woodlands, 77380, TX, US
Event from
eventbrite.com
Are you an event organizer?
Create events for free. They will be immediately recommended to interested users.
Create event

eventbrite.com
Are you an event organizer?
Create events for free. They will be immediately recommended to interested users.
Create event
Check out other events in The Woodlands

Stay updated on Standup Comedy Night with Andy Huggins and find even more events in The Woodlands.